One of the most vital requirements for online marketing, indeed any marketing, is that you target the types of people you hope will become your customers. With influencer or KOL (Key Opinion Leader) marketing, you have to drop one step back and focus on the people who appeal to and influence the behavior of your target customers. If you sell to a youthful demographic, you could consider working with influencers on Douyin.

Douyin’s most significant feature is sharing videos. So any Douyin influencer marketing campaign will revolve around influencers making, sharing, and sometimes live streaming videos that will in some way promote your brand and make it attractive to their followers.

Douyin as we now know it began life as two separate apps, both originating in China. The first started as Douyin in China but was named TikTok internationally. Douyin/TikTok initially found most of its supporters in Asia. The other app was Musical.ly. This was founded by Chinese developers but built a sizable audience in the West, particularly in the USA. In 2018, however, the owners of Douyin decided to buy Musical.ly. They rebranded a combined app TikTok outside of China. They still operate their original Douyin app in China, however.

A common feature of Douyin/TikTok— Musical.ly is that they are beloved by Generation Z, who have downloaded the apps in surprisingly large numbers. Soon after the merger, Douyin became one of the most downloaded apps in the world.

How Does Douyin Work?

As with all social / video-sharing apps, you begin by setting up an account the first time you open the app. Most people probably start by “lurking” — watching others’ clips, finding channels they like, and following those they would like to revisit. In time, however, many of Douyin’s members gain the confidence to make a 15-second video and upload it for the world to see. And yes, many people still begin their Douyin uploads by sharing a video of themselves lip-synching to their favorite music track or saying a famous movie one-liner.

Douyin makes it easy to make and create videos that aren’t too cringeworthy (well at least for today’s tweens and teens). There must be few teenagers nowadays who lack a smartphone with a good camera. Douyin includes all the necessary editing tools and effects you need to make a serviceable video. You can quickly merge your raw film, music, filters, and effects to create something your audience will appreciate.

Indeed, you can even merge your 15-second videos into longer ones, adding further possibilities for your Douyin influencer marketing.

Who are the Main Douyin Demographic?

Douyin is strongly youth-oriented. The youngsters of Generation Z may have Weibo accounts, but they rarely use them or only use it to read news and follow their favorite celebrities. Instead, Generation Z wants their own social spaces.

The largest group on Douyin are people aged between 16 and 24. They make up 41% of the total user-base.

Like YouTube, the heart of Douyin is the videos that people share. The more entertaining the videos, the better they resonate with the audience. The videos are generally short, and they are filmed in a vertical format, the usual way that people hold their phones.

Home-Made music videos still perform well on Douyin. Original music can be even more popular than cover versions. But they probably provide fewer opportunities for delivering promotional messages than other types of video.

There is now more non-music video on Douyin. Many are comedic. Others include short skits, cringe videos, fashion and beauty tips, cooking demonstrations, and even short clips of sports action.

The absolute worst mistake on Douyin, however, would be to post anything resembling a traditional advertisement. Don’t attempt to give your influencers a script. Influencer marketing at its heart is like storytelling. You need to give your influencers enough flexibility to tell your story to their fans in a way that keeps them authentic. The influencers’ followers will instantly know if the videos promoting your products are made in a different style to the influencer’s usual videos, and they are likely to react badly.

Why Should You Use Douyin for Influencer Marketing?

As with all influencer and social media marketing, you have to avoid coming across as too salesy on Douyin. This is particularly the case because of Douyin’s youthful demographic — brands find Generation Z notoriously difficult to reach because of their total disdain for anything that resembles a traditional advertisement.

You can market on Douyin without using influencer marketing. It’s taken a while for Douyin to implement it, but there is now a formal advertising system. You could also try to promote using a business Douyin account. However, as with all social networks, it can be tough building a sizable audience on Douyin to hear your company message. This is particularly so for most businesses who don’t have a staff of the same demographic as their audience and struggle to run a company account.

It is far easier for most brands to work with Douyin’s established broadcasters — their influencers — than to build a loved and much-followed company account.

How Do Brands Market on Douyin?

Douyin has recently introduced paid ads. It is still early days to see how successful or cost-effective these will be, particularly when targeting the advertising-hating Generation Z demographic.

Douyin has suggested you combine you use one of the following ad formats:

Whether you use them as a paid ad, or from your company Douyin channel, you could consider sharing some in-feed native videos. These can last up to 15 seconds, although you can share brief video clips as short as nine seconds.

Douyin users respond exceptionally well to challenges. There are usually multiple challenges going on at any time for Douyin users to participate.

The usual type of Douyin challenge involves somebody setting a challenge (beginning its name with a #, hence the term Hashtag Challenge. The challenge typically challenges others on Douyin to make and share a particular type of video.

Influencer marketing is likely to be the most effective form of marketing on Douyin. You don’t suffer from the negative implications of ads, and you don’t have to worry about building the right audience as you do with native videos on your company account.

You just need to work with your influencers to come up with a creative strategy that helps them pique the interest of their audience to build interest in your brand and product.

As with much influencer marketing, you should take most notice of metrics relating to engagement and awareness. These can be an excellent guide to brand loyalty.

Selecting the Right Influencers for Your Brand

It doesn’t matter which social channels you use for your influencer marketing. The number one rule is to choose the right influencers for your brand.

You first need to ensure that your brand’s target customers use Douyin. Are you focusing on the ideal demographic?

Assuming you sell to a youthful audience (possibly, but not necessarily with a female bias), you then need to consider which types of videos are most likely to attract your target market. Are they going to be most interested in Douyin’s core music videos, are they more into clips showing beauty tips, are they into comedy sketches, or maybe even skateboarders performing tricks?

You will then want to find popular Douyin influencers who appeal to the same niches as your primary target customers. If you need help finding relevant influencers, you might consider working with an influencer platform. You can learn more about marketing agencies here.

The advantage of searching for popular influencers in your niche on Douyin is that they will have a large enough following of interesting, engaged people, who will take notice of any videos they share about your product/brand.

Always remember, however, relevance is more important than reach. Don’t merely opt for Douyin influencers with the most massive followings — go for those with the most suitable audiences for your goals.

Once you have selected suitable influencers, you will need to contact them and form a partnership. You have to ensure that any deal is acceptable to your influencers. They will not want any involvement unless there is something for them, and also they can see how it can help their followers.

How do I find the best KOL for my campaign in China?

Have any Questions? Comment below and we can answer your questions.

ChinaKOL is a company that helps companies increase their social media presence in China. Check out our website at: https://www.chinakolexperts.com

How Much do Influencers and KOLs Cost in China? Guide to Weibo, WeChat, and TikTok Influencers. 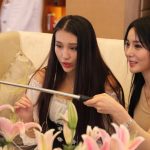 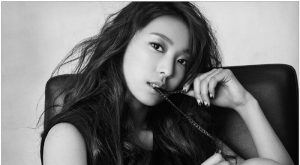 What Is the Difference Between KOL and KOC?

How to Sell in China: The Chinese Consumer Journey from Discovery to Purchase 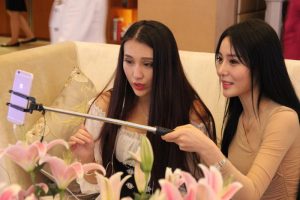